Castor oil is widely used for a variety of health and beauty purposes and here’s a breakdown of the best castor oil uses.

Traditionally, castor oil was used for ailments such as constipation, catarrh, and fever. It was also used as fuel in lamps and an ingredient in ointments.

I’ll be covering all the ways to use castor oil for health and beauty including recipes and best tips, castor oil side effects, and where to buy the best castor oil.

I’ve also included even more articles from around the site about castor oil and other ways to use it on hair and skin. 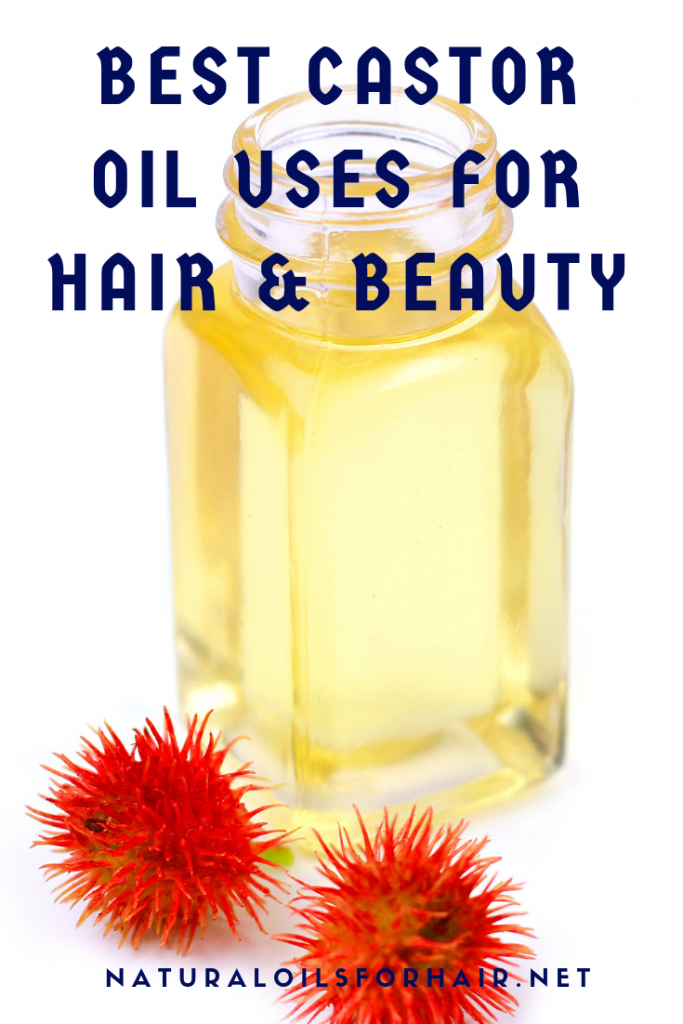 The key ingredient in castor oil is ricinoleic acid, which is an unsaturated omega-9 fatty acid and a hydroxy acid.

Ricinoleic acid has superfluous analgesic and anti-inflammatory effects hence its popularity in hair and skincare.

How to Use Castor Oil

One of the most popular uses for castor oil is for hair growth and thicker hair. It can also be used to combat hair shedding and breakage.

For more on using castor oil for hair growth, read How to Grow Thicker Hair Strands with Castor Oil.

Jamaican black castor oil is a different version of castor oil, which is used specifically for hair growth.

Jamaican black castor oil was one of the key ingredients in regrowing my bald spots a few years ago. See the difference in the pics below:- 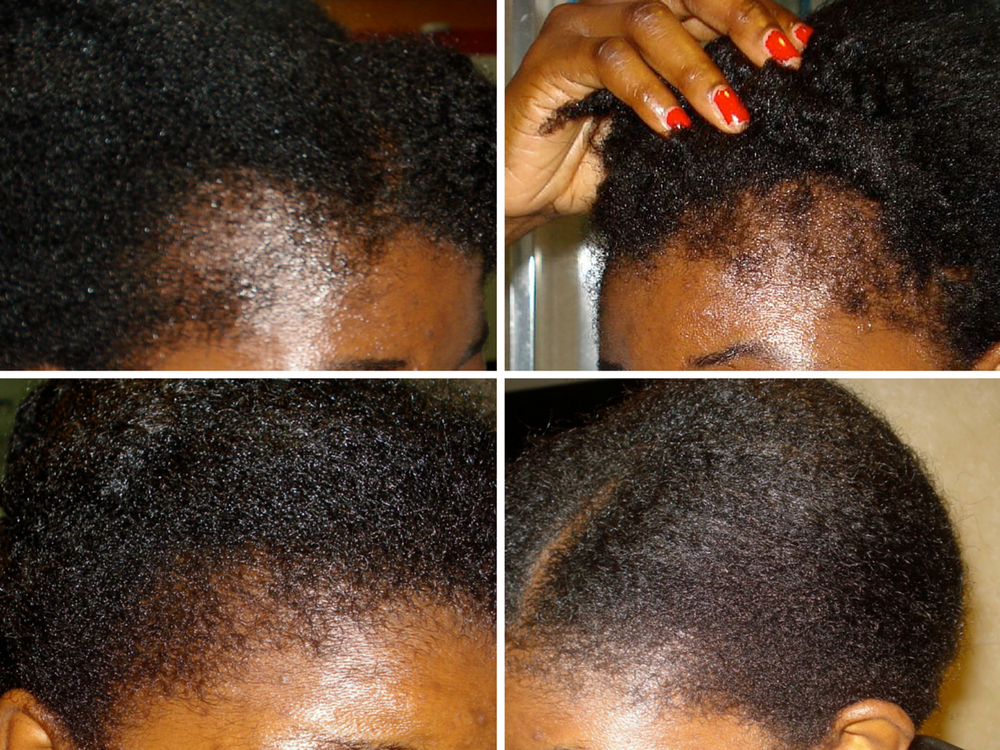 To learn the differences between castor oil and Jamaican black castor oil, read What Are the Differences Between Castor Oil & Jamaican Black Castor Oil?

Castor oil can be used to treat corns and calluses caused by continuous friction and pressure in certain areas of the body such as the feet, knees, and elbows.

Castor oil can help soften the skin in these areas so you can slough it off easily with a sponge or pumice stone where applicable.

Thicker and Longer Eyebrows and Eyelashes with Castor Oil

The protein and fatty acids in castor oil help nourish the follicles and encourage growth.

Castor oil is a natural astringent and has a non-comedogenic rating of 0. This means it’s unlikely to clog the pores.

Oil cleansing draws impurities out of the skin and helps keep breakouts away. It’s a natural and chemical-free method to cleanse the skin.

Read 30 Non-Comedogenic Oils for Oily Skin for other oils you can use in combination for the oil cleansing method.

Improve the oil cleansing method with castor oil by including a facial brush in your skincare regimen.

Castor Oil As a Laxative

This is the second most popular way to use castor oil.

I remember my mum giving me the ghastly thing every time I complained of tummy issues when I was a kid.

Castor oil is a natural and safe treatment for constipation with only 1 – 2 tablespoons required for adults.

Consuming castor oil can also induce labor so be careful about ingesting this when you are pregnant.

Making a poultice out of castor oil and applying it to sore muscles and joints can help relieve the pain and discomfort.

You can also combine with other carrier oils like jojoba oil, sweet almond oil, and Calendula oil.

For more on this, read 6 Best Oils for a Body Massage At Home and 7 Amazing Homemade Body Massage Oil Recipes.

Mix castor oil with cocoa butter and a little bit of coconut oil and rosehip seed oil for the best treatment.

Massage into the affected area morning and evening after a shower.

You should see a significant reduction in the appearance of the stretch marks after a few months of treatment.

Castor oil has a high amount of vitamin E, which makes it a great treatment for dry and brittle nails that crack easily.

Mix castor oil with 1 – 2 drops of vitamin E oil and sweet almond oil for a nail strengthening treatment. Apply to nails every evening before going to bed.

As you can see, castor oil is a versatile and multifaceted oil that can be used across the board for many things.

Can You Use Castor Oil Daily?

Yes, you can use castor oil daily depending on what you are using it for and the instructions for the recipe.

The best practice is to follow the instructions and don’t go overboard with the application.

Using it more often than is recommended will not make it work faster and might have counterproductive effects.

Castor oil is tolerated well in most people. However, some people have reported mild itching and skin irritation after use.

If you have sensitive skin, it’s best to conduct a patch test before applying castor oil to your hair and skin.

Where to Buy Castor Oil?

Castor oil is readily available in most pharmacies and grocery stores. You can also order it online on Amazon.

Below are my top castor oil recommendations:- 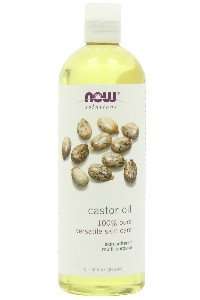 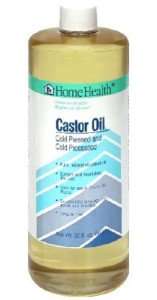 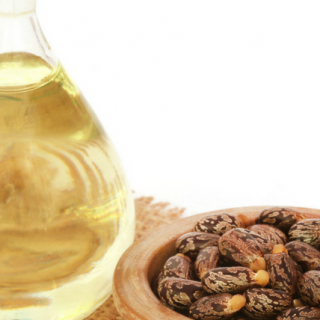 How to Grow Thicker Hair Strands with Castor Oil 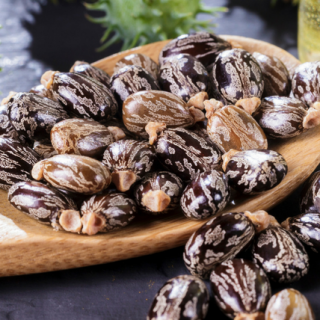 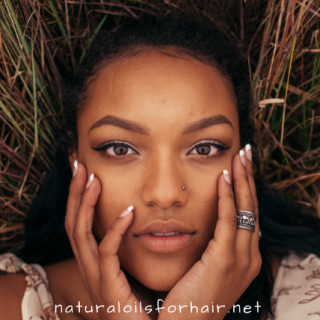 The eyebrow and eyelash areas greatly enhances your looks. The thicker, silkier & more luscious these areas are, the more demure a woman looks.

They really make your face pop. Some women are blessed with this naturally while some... 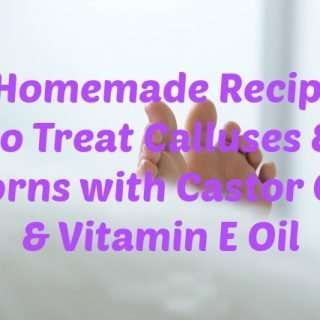 Corns and calluses are usually formed in areas where we have continuous friction and pressure, especially under the feet.

Corns and calluses forming is the skin’s way of protecting itself from all the friction and pressure...